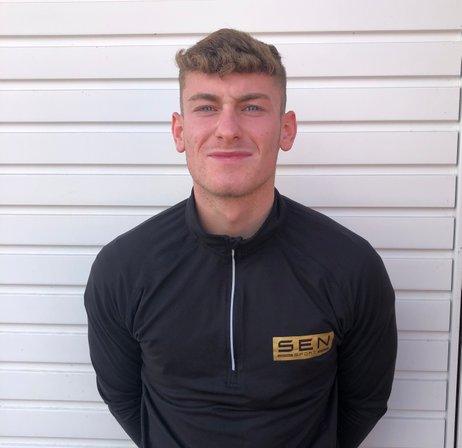 Alex Sennett is owner and founder of SenSport- Coaching Services. After a lengthy spell in coaching for other highly rated private and public sector companies around Derbyshire & South Yorkshire, Alex took it upon himself to expand and start up SenSport.

With a First Class Honours Degree (BSC Sports Coaching) to his name, the plan had always to try and expand into a self employed role.

Alex has many coaching qualifications ranging from Football to Dodgeball.

He has also completed his PE IN SCHOOL SPORT qualification (often sort after by schools).

Aaron Sennett- Neilsen is a Level 2 qualified Football Coach who is currently attending university for a degree in Sports Coaching.

Aaron has worked for many private and public sports coaching companies aroud Derbyshire & South Yorkshire. He is an experienced Sports Coach who is also still like many of us learning his trade.

He is a keen enthusiast of football coaching but is also experienced in Multi Sports.

Aaron is a great asset to the team and we look forward to watching his coaching journey evolve.